The effects of hoarding go beyond health and safety risks. There are mental, emotional, and physical consequences for individuals with hoarding disorder as well as those around them. 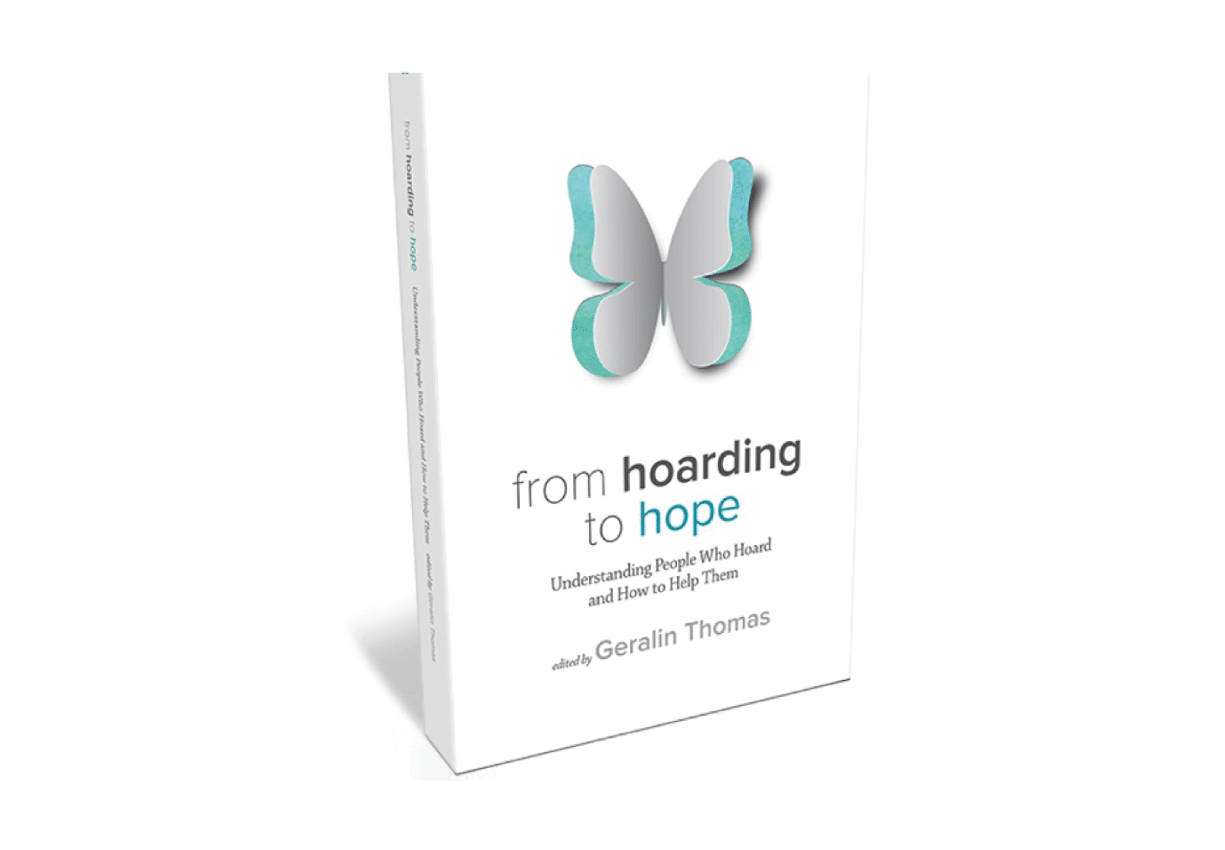 From Hoarding to Hope: Understanding People Who Hoard and How to Help Them

From Hoarding to Hope - Details

From Hoarding to Hope

From Hoarding to Hope, was written in response to some of the emails and phone calls I’ve received from people all over the globe asking for help — for themselves or for loved ones. Most have never encountered hoarding before and don’t know where to begin or whom to call for help.

I began to ask myself if there was a better way to share my knowledge and experience. Through reflection, it became clear that I have a unique vantage point to present a holistic team approach to hoarding disorder and hoarding tendencies.

After enjoying a very rewarding career working with individuals with hoarding disorder (privately and on the A&E television show Hoarders), I realized it was time to pull it all together in a book.

About From Hoarding To Hope

Nora’s story (below) captures the essence of why I wrote From Hoarding to Hope: Understanding People Who Hoard and How to Help Them.

I lost both my parents in less than a year, and I am an only child. When someone dies, there are a great deal of financial and legal matters to deal with, and that is after you orchestrate and endure the funerals.

My parents lived in Florida, and I am in Virginia. They both had Alzheimer’s disease, believe it or not. My mother was my father’s caretaker, and her decisions about finances and his care became increasingly questionable. Medical tests revealed that the horror we watched my dad endure was unfolding in her brain as well.

She was still living on her own and driving, which she should not have been, but being such a distance away, I did not realize how quickly the disease was progressing. After she suffered a major stroke, I was summoned but was not ready for the chaos my tidy, OCD mother’s home had become.

There were Post-it® Notes on walls, dressers and the refrigerator — basically wallpapering her duplex with information such as her phone number. All the notes were equally mundane.

Mom’s sense of basic priorities had been greatly affected, and drawers were full of junk mail and a few precious photos or money, stored in a helter-skelter fashion. After she passed, I spent the next four months sorting and searching for heirlooms and the like while discarding piles of nonsense after scrutinizing each item carefully.

I was horrified that I failed to find any family photo albums, antiques and other heirlooms I’d been promised, and she’d given away nearly half a million dollars to charities. Every charity that contacted her received a check.

Since you work with people who hoard, you can well imagine how difficult it was to choose as few possessions as possible to bring back to my overstuffed home in Virginia. I hired professional movers and limited myself to what $1,000 would move. Some of the furniture had been made by my dad, who enjoyed woodworking, so those pieces had to be kept.

My husband did not grasp how difficult the whole process was. I sobbed as I threw away her curlers, cosmetics and similar items that would not be appropriate for donation. I sold nothing. Instead, I let each of her many friends take an item, and I let some really great ($$$$) pieces go. Everything else was donated or given away.

Honestly, it took about 15 months before I quit waking up in the morning and remembering my family was gone and feeling the shock anew.

When I visited one of those month-to-month storage facilities to purchase extra-heavy boxes of the moving company’s desired specifications, the owner told me that business in Florida is booming. When the remaining parent dies, many, many adult children pack it all up and store it instead of making numerous painful decisions. Grief evidently can make a secret hoarder out of anyone.
It is my sincere hope that From Hoarding to Hope becomes a resource for those with hoarding disorder as well as those in a position to help.

What Others Are Saying About From Hoarding to Hope

“No matter how hoarding affects you, Geralin’s real-world examples and useful strategies will help you transition From Hoarding to Hope.” Matt Paxton, Author and Extreme Cleaner

“From Hoarding to Hope is destined to become a staple for a very wide audience. It’s an instant classic.” Standolyn Robertson, CPO-CD and Past President of NAPO

“From Hoarding to Hope helps clinicians and coaches ‘get’ the disorder and understand where it has its greatest functional impact. It’s a must have for clinicians’ and coaches’ reference libraries.” David D. Nowell, Ph.D., Clinical Neuropsychologist

“A must read for friends, family or even professionals who truly want to help a loved one or client struggling with hoarding disorder.”  Kara Cline, Professional Organizer

By using this site and purchasing our products or services you agree to our Terms and Conditions. ©2005-2022 Metropolitan Organizing® LLC

This website uses cookies to improve your experience while you navigate through the website. Out of these, the cookies that are categorized as necessary are stored on your browser as they are essential for the working of basic functionalities of the website. We also use third-party cookies that help us analyze and understand how you use this website. These cookies will be stored in your browser only with your consent. You also have the option to opt-out of these cookies. But opting out of some of these cookies may affect your browsing experience.
Necessary Always Enabled
Necessary cookies are absolutely essential for the website to function properly. This category only includes cookies that ensures basic functionalities and security features of the website. These cookies do not store any personal information.
Non-necessary
Any cookies that may not be particularly necessary for the website to function and is used specifically to collect user personal data via analytics, ads, other embedded contents are termed as non-necessary cookies. It is mandatory to procure user consent prior to running these cookies on your website.
SAVE & ACCEPT